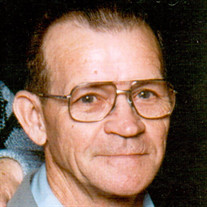 VICTOR KISELA Victor Stanley Kisela was born January 10, 1925, to Anton J. and Agnes B. (Vancura) Kisela in Wauneta, Nebraska. He grew up on a farm north of Stratton, Nebraska, with a brother and four sisters. After graduating from Stratton High School in 1943, he enlisted in the United States Navy. During boot camp, he became ill and didn’t learn how to swim. He promised his senior officers he would learn how if they let him continue with the guys he started with. They let him, but he never learned how to swim. He was a motor machinist and cook on the LC1®31 stationed in New Guinia and the Pacific Theater. Vic was the last living sailor from his ship. After 2 ½ years of service, he returned to Stratton to work for Craw Implement and Chrysler dealership as a mechanic. He later worked at Miller Manufacturing where he maintained all of the machines until their closing. He also was employed in maintainence at the Grandview Retirement Center in Stratton for over 25 years. On June 17, 1951, Vic married Blanche Irene Miller of Benkelman and to this union 2 sons were born: Mark and Jerry. Vic was community minded – he was a member of the Stratton American Legion for 60 years and the Stratton Fire Department where he served as Chief. He was an EMT on the Ambulance Crew for 20 years and he helped the Lions Club get started in Stratton. Vic was awarded the Ak-Sar-Ben Good Neighbor Citation in 1985 for administering CPR to Harold Knoles and saving his life. In Vic’s younger days, he enjoyed playing softball and baseball. The most passionate thing in his life was playing his accordion and organ. He took his organ to all of the nursing homes in the area and Good Samaritan Hospital in Kearney. Dancing with his wife Irene was Vic’s other passion. If there was a live band within 100 miles on Saturday night, they were there. He truly loved life. Vic passed away February 23, 2018, at the Hester Memorial Home in Benkelman, Nebraska. He was 93 years of age. Vic was preceded in death by his parents; wife, Irene; brother, Raymond; and 2 sisters, Virginia Seabert and Delores Miller. Survivors include: Son: Jerry and wife Lona of Benkelman, Nebraska. Son: Mark of Juniata, Nebraska. 5 Grandchildren: Landon and Brittany Kisela; Kris Kisela (Beth); MarKay Cunningham (Kirby); and Chris Holtz (Jenn). 8 Great-grandchildren: Allison, McKenna, Kolby, Brielle, Rowdy, Natausha, Brady and Zac. Sisters: Dorothy Baney (Bob) of Sterling, CO. Judy McConaughy of Nebraska City, NE. Numerious nieces and nephews. Funeral Services for Vic will be held Saturday, March 3, 2018, 10:30 a.m. (MT), at the Benkelman Community Building, 908 Huron Street, Benkelman, Nebraska, with Richard Bartholomew officiating. Interment will follow at the Benkelman Cemetery, Benkelman, Nebraska. Visitation will be held Friday, March 2, 2018, 2:00-6:00 p.m. (MT), at the Benkelman Community Building. A memorial has been established in Vic’s memory. On Line condolences maybe left at liewerfuneralhome.com BENKELMAN MEMORIAL CHAPEL ENTRUSTED WITH ARRANGEMENTS

VICTOR KISELA Victor Stanley Kisela was born January 10, 1925, to Anton J. and Agnes B. (Vancura) Kisela in Wauneta, Nebraska. He grew up on a farm north of Stratton, Nebraska, with a brother and four sisters. After graduating from Stratton... View Obituary & Service Information

The family of Victor S. Kisela created this Life Tributes page to make it easy to share your memories.