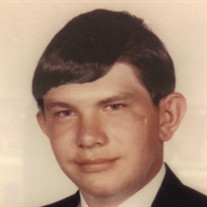 Timothy Eugene Lunzmann was born August 18th 1952 at Morehouse Hospital in Benkelman, NE to Lloyd Herman Henry Lunzmann and Eva Eudora (Howard) Lunzmann. He was baptized on September 14th, 1952, at the Zion Lutheran Church of Benkelman, NE. Godparent’s where his grandfathers Gustav Lunzmann and Bly Howard. Tim lived his early years on the Lunzmann home place north of Benkelman, later moving to Imperial with his parents. At a very early age Tim drove for the first time. He was only 3 ½ years old, while his mother was in the store; he decided to put the car in reverse and ended up across the street. For his early education he attended Imperial Grade School. He was confirmed into the Lutheran Church on April 2, 1966. The next year was a hard one for Tim, his father passed away on April 4, 1967. Tim attended Chase County High School and while attending school he held various part-time jobs. In the summers he helped farm in Kansas with his Aunt and Uncle while attending the Vo-tech school there. He transferred to North Platte Community College to finish his degree in Diesel Mechanics. After graduation, Tim continued to assist in the operation of his Aunt and Uncle’s farm in Kansas. He then returned to the Imperial area and began working for Sheesley’s as an outside plumber. Tim gained employment in Denver, Colorado, where he worked for several years before returning to the Imperial area, working at various local businesses and farming until retirement in 2005. Tim was active in the Eagle’s Club being an officer and trustee, working many years at the Eagles Fair Booth. Tim passed away Monday, January 11th, 2021, at the Perkins County Hospital in Grant, NE. He was 68 years of age. He was preceded in death by his parents: Lloyd and Eva, grandparents: Gustav & Freida Lunzmann and Bly & Leta Howard. Numerous aunts, uncles, and cousins. Tim was survived by his Sister; Cathy Belau of Imperial, NE. Aunt; Karron Donley, Cousins; Allan Fischer, Gordon Fischer, Linda Cheney, Russell Armknecht, Theodore Armknecht, Bruce Gates, and Merle Howard. A memorial has been suggested to the Imperial EMS Unit On line condolences may be left at Liewer Funeral Home.Com LIEWER FUNERAL HOME ENTRUSTED WTH ARRANGEMENTS

The family of Timothy E Lunzmann created this Life Tributes page to make it easy to share your memories.