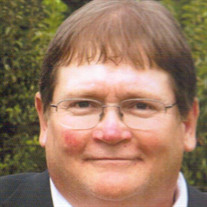 Timothy Robb Timothy Ray Robb, longtime resident of Imperial passed away Wednesday, August 23rd, 2017, in Grant, Nebraska. He was 58 years of age. Tim was on a service call when an apparent heart attack took his life. Tim was born June 26, 1959, in Denver, Colorado, to James and Carol (Martin) Robb. Tim grew up in Imperial and graduated from Chase County High School in 1977. That class just celebrated its 40th reunion in May. Tim assisted his parents at the family business, Robb’s Sales and Service, where he learned the appliance, air-conditioning and heating business. On July 18,1987 , Tim was married to Amy Friemel and they were married for 15 years. To this union 2 children were born—Samantha and Jessica. Tim started his own heating and air conditioning business in Holyoke, CO. so the family resided there for about 3 years. After selling his business in Holyoke, Tim worked in several locations, including Rock Springs, Wyoming and Grand Junction, CO. Tim returned to Imperial in 2004, then employment in Kearney, and finally back to Imperial in 2013. He was most recently employed at Troxell’s Heating and Appliance and S & P Liquor of Imperial. Tim was an outdoorsman and he loved hunting and fishing. He enjoyed movies, guns, playing cards, smoking meats and making tomato juice. He also enjoyed playing softball in his younger years. Tim was preceded in death by his sister Shelly—2007, and his dad, Jim-2009. Survivors include his mother, Carol Robb, of Imperial; daughters—Samantha Howell (David) of Spokane, WA; and Jessica Robb, also of Spokane, WA. Sister Teresa Miller of Commerce, TX; 2 nieces—Brooke Copley (Teresa’s daughter), and Emily Tavernor (Drew), Shelly’s daughter. In addition, many extended family and of course, many friends. Graveside memorial services for Tim Robb will be held Monday morning, August 28th, 2017, 10:30 A.M. at Mount Hope Cemetery, Imperial, NE, with Randy Hayes officiating. No Visitation, Tim Chose cremation. A memorial has been established in Tim’s memory. On Line condolences may be left at liewerfuneralhome.com LIEWER FUNERAL HOME IN CHARGE OF ARRANGEMENTS

The family of Tim Robb created this Life Tributes page to make it easy to share your memories.