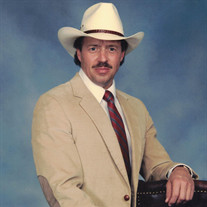 Thomas Francis Liebig, age 69, of Wauneta, passed away Tuesday, August 27, 2019 at CHI Good Samaritan Hospital in Kearney. Thom's siblings were with him at the time of his passing. He was born March 7, 1950 in Columbus, NE to Daniel and Joanne Liebig. The family moved to Wauneta in January of 1954. Thom graduated from Wauneta High School as Salutatorian in 1968. He completed two years of college at St. Benedict's in Atchison, KS before attending Curtis Ag and Technical School and graduating with a Diesel Mechanics certification. Thom farmed with his father for a number of years before enlisting in the United States Army. He completed his second year in the military by serving on the DMZ between North and South Korea. Upon an honorable discharge, he entered flight school and earned a pilot’s license. Because of his strong interest in flying, he completed a two year program at Colorado Aero Tech in Broomfield, CO. He was employed at Lockheed Martin for several years. During his career, he spent considerable time at Cape Canaveral, FL in technical positions preparing satellite payloads for space launch. Thom loved space exploration and the adventure it offered. The rhythm of his life was established early in his youth. As a child, he would often read at night using a flashlight. This pattern continued through adulthood reading late into the night. Thom was blessed with many loving and patient friends. He honed the fine art of visiting frequently showing up unexpectedly at a friend's doorstep at odd hours. His daughter, Lauren Koetter, who currently attends University of Nebraska at Kearney was the delight of his life and brought him much joy and happiness. He was proud of how she excelled in academics and sports. Thom was preceded in death by his father Daniel. He is survived by his daughter Lauren who attends the University of NE at Kearney. Thom is also survived by his mother, Joanne of Wauneta Care and Therapy; brother, Paul and wife Jan of Kearney; sisters Mary Kay and husband, Forrest of Schulenburg, TX and Rosanne and husband, Bill of Waynesville, MO. A rosary will be recited on Friday evening, August 30th, 2019 at 7:00 P.M. (MT) at St. John’s Catholic Church in Wauneta with Father Lothar Gilde leading. A funeral mass will be 10:30 a.m. (MT), Saturday, August 31st, 2019 at St. John’s Catholic Church in Wauneta with Father Lothar Gilde celebrating. Visitation will be Friday afternoon, August 30th, 2019 from 2:00-6:00 p.m. (MT) at the funeral home in Wauneta. A memorial has been established to the Liebig Family for future designation. Online condolences may be left at liewerfuneralhome.com LIEWER FUNERAL HOME OF WAUNETA IS ENTRUSTED WITH ARRANGEMENTS

Thomas Francis Liebig, age 69, of Wauneta, passed away Tuesday, August 27, 2019 at CHI Good Samaritan Hospital in Kearney. Thom's siblings were with him at the time of his passing. He was born March 7, 1950 in Columbus, NE to Daniel and Joanne... View Obituary & Service Information

The family of Thomas Liebig created this Life Tributes page to make it easy to share your memories.