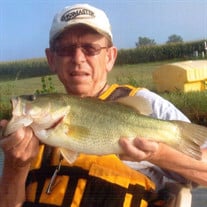 Steven Edward Smith was born on June 23, 1951, in Kearney, NE, to Harlan and Rosetta (Steele) Smith. He attended grade school in Kearney, NE, and Imperial, NE. He graduated from Chase County High School in 1969. He continued his education at Kearney State College graduating in 1973 with a degree in Business Administration. Steve married Peggy Anderson on December 22, 1973, in Imperial, NE, where they made their home for the remainder of their life together. Steve worked for H.E. Smith & Sons which was his father and brothers surveying many fields for irrigation in the early 70’s. He also designed & operated a large hog operation that went by the name of A & S Hogs as well as operated Nutrena Feed Store. His next business venture involved his love of sports. He was an avid baseball card collector so he opened up a sports card store where he got the youth of Imperial involved in the hobby of sports card collecting. Over the years he added Video game machines where kids could come in and hang out. He was a positive influence on the youth of Chase County, there was never a kid that he wouldn’t give a chance to. Steve always had a smile on his face and advice to give. In 1993 he opened Steve’s Video & Entertainment where he continued until he retired in 2016 due to Parkinson’s Disease. Steve started coaching youth baseball when is son, Jarod, was old enough to play. He continued for many years. He loved to hunt and fish with his kids and grandkids. Steve passed away Friday evening, May 5, 2017 at the Imperial Manor Nursing Home. He was 65 years of age. He is preceded in death by his grandparents, Ted & Esther Smith, Sarah & Edward Steele, step-Grandma, Pauline Molzahn, father Harlan Smith, step-father, Bob Molzahn, sister-in-law Sandy Smith, & nephews Wade Smith and Adam Spady. Survivors include wife, Peggy, and children Jarod (Lisa) Smith of Lincoln, Jamie (Chris) Jussel of Imperial, and Holly (Jeff) Lempke of Imperial, grandchildren Paige and Chase Smith of Lincoln, Kristen and Logan Jussel, Tysen, Camron, & Shaylen Lempke all of Imperial. Mother Rosie Molzahn and step-mother Joy Smith, father & mother-in-law Charles & Marilyn Anderson, brothers and sister Mike (Ann) Smith, Teri (Lennie) Spady of Imperial, & Dick (Susie) Smith of Omaha. Sister-in-law Betty (Ed) Lee and brother-in-law Ron Anderson of Imperial, step-brother Mike (Diana) Molzahn of Trenton, NE, and numerous nieces & nephews. Visitation was held from 2-6 p.m. on Tuesday, May 9 at the funeral home in Imperial. Services were held at the United Methodist Church in Imperial, NE, on Wednesday, May 10, at 10:30 a.m. with Pastor Dirk Weiss and Mr. Kent Swink officiating. Internment at Mount Hope Cemetery followed the service. Pallbearers were Ron Smith, Mike Molzahn, Troy Spady, Nick Spady, Zeb Smith, & Bret Smith. A Memorial has been established to the Imperial Area Youth Baseball Program. Online condolences may be left a liewerfuneralhome.com LIEWER FUNERAL HOME IS ENTRUSTED WITH ARRANGEMENTS

Steven Edward Smith was born on June 23, 1951, in Kearney, NE, to Harlan and Rosetta (Steele) Smith. He attended grade school in Kearney, NE, and Imperial, NE. He graduated from Chase County High School in 1969. He continued his education at... View Obituary & Service Information

The family of Steve E. Smith created this Life Tributes page to make it easy to share your memories.