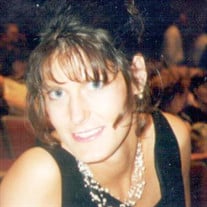 Shanan Rae (David) Pollmann was born on May 30th, 1971, at Dundy County Hospital to Mike and Cathy (Lutz) David. She entered the family of two sisters, Brigitte and Stefani, being the baby of the family until her brother, Kendall, was born. Shanan graduated from Dundy County High School in 1989. She excelled in basketball and volleyball, but participated in almost every activity there was. She loved her many high school friends and enjoyed reminiscing on all of the fond memories made with them. Shanan attended Nebraska Wesleyan College for one semester before deciding to transfer to the University of Nebraska-Lincoln where she would graduate with a bachelors in psychology in the fall of 1994. She then continued her education in psychology in the Kansas State University Master’s program. On April 1, 1995, Shanan married Stephen Pollmann in Benkelman, Nebraska. They lived in Manhattan, Kansas, where their son Hayden was born. They settled in Wauneta, Nebraska, and the home she made for them was always filled with Hayden’s friends during his school years. Shanan recently moved to Benkelman, Nebraska, where she helped to take care of her family and the farm. Shanan had a long resume of work places with her most recent being at the Ralph Lauren in Gretna, Nebraska. Shanan made many priceless friendships there and continued to keep in touch years after employment. In 2009, Shanan created “Everything You Imagine” an event planning business centered around weddings. This was her pride and joy. She gained a reputation for the beauty and elegance of her weddings. Her true gifts were creating exquisite flower arrangements and the ability to turn any old, ugly building into a wonderful venue. Family was always very important to Shanan and the love she bestowed upon us is something we will always cherish. Shanan was preceded in death by her grandparents: Carl and Jean Lutz, and Don David; uncle and aunt: Don and Loraine Osborn. Survivors include: Son: Hayden Pollmann of Kansas City, KS. Parents: Mike and Cathy David of Benkelman, NE. Grandmother: Elmira David of Goodland, KS. Sister: Stefani David of Playa Del Rey, CA. Sister: Brigitte Holtmeier and husband Doug, and their sons Blake and Brady of Kearney, NE. Brother: Kendall David of Benkelman, NE. Funeral Services for Shanan will be held at the River Rock Ranch (33483 River Road, Benkelman, NE) at 5:30 p.m. MST on Friday, July 24, 2020, with Pastor Doug Hjelmstad officiating. An outdoor venue is planned with masks available. Inurnment will be held at the Benkelman Cemetery, Benkelman, NE BENKELMAN MEMORIAL CHAPEL IS ENTRUSTED WITH ARRANGEMENTS

Shanan Rae (David) Pollmann was born on May 30th, 1971, at Dundy County Hospital to Mike and Cathy (Lutz) David. She entered the family of two sisters, Brigitte and Stefani, being the baby of the family until her brother, Kendall, was born.... View Obituary & Service Information

The family of Shanan R Pollmann created this Life Tributes page to make it easy to share your memories.