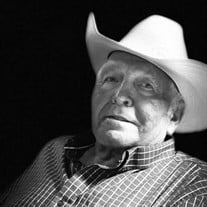 Robert Dean Hudson Robert Dean Hudson was born March 6, 1951, at Montrose, Colorado, to Joe and AnnaBelle (Snyder) Hudson. As a youngster, Rob attended Maple Grove Elementary School and Olathe Junior High School. Rob graduated from Montrose High School in 1969, enlisted in the Navy, and was given a medical discharge shortly after. He graduated from Northeastern Junior College in 1973 with a degree in animal science. After graduation, Rob moved to Wauneta, NE to work for Jack Maddux’s feed yard. Shortly after, he met his future bride at the Chase County Fair. He had lived just 3 miles from Cindy Knotwell who at the time, thought there was just an old bachelor living there. They dated almost two years before getting married on July 19, 1975. They continued to live and work on the Maddux feedlot until the summer of 1977 before moving to Rob’s hometown, Montrose, Colorado. Rob worked for the Uncompaghre Valley Water Users as a ditch rider. At this point, Rob and Cindy brought three lovely children into the world. They raised Cody, Dusty and Chelsa in Montrose for most of their younger childhood years. In 1995, the family of five moved back to Wauneta, Nebraska, to take over the family ranch that Cindy was raised on. Rob worked for the Chase County Road Department for 18 years before retiring in 2017. This was the home that Rob lived in for the rest of his life and they created many happy memories. Rob enjoyed hunting with his longtime buddy Ron Lehman in the mountains of Colorado. He was also a hunting guide with Dan Humphreys. When his boys got old enough to enjoy the mountains with him, he loved showing them the ropes at hunting camp. Cimarron camping trips were the family of five’s summer highlights. Rob took so much pride in coaching his two sons in little league baseball and was quite the player himself on an adult softball league. He enjoyed watching his daughter Chelsa in her gymnastics endeavors. As the kids grew up, Cindy and Rob enjoyed chasing their kids around watching them in their various activities: volleyball, basketball, football, track, and FFA. They also looked forward to their monthly couples’ card club. Some of the best times were family times out on the farm. He never knew a stranger when he went to town. This sometimes resulted in what should have been a twenty-minute errand turned into hours. Rob was a resilient and tough cowboy, always coming back from a hospital stay ready to get back on the saddle. Rob and Cindy have welcomed five grandchildren in the last thirteen years. They were Rob’s pride and joy. Rob and Cindy enjoyed trying to get in as many activities as they could and looked forward to the annual summer visits when the kids got to come without the parents. He enjoyed more frequent visits from the two littlest ones as they lived just a quarter mile down the road. Rob was the best papa. He never missed an opportunity to show them how to do something. Papa taught important lessons like how to drive, rope, build railings, build pasture fence, make coffee with plenty of sugar, pull a calf, or feed a bucket calf. Rob passed away Tuesday, March 15, 2022, at the Chase County Community Hospital, Imperial, Nebraska. He was 71 years of age. Rob was preceded in death by his parents AnnaBelle and Joe Hudson, sister and brother-in-law; Squint and Juanita Moore, sister; Martha Jean, brothers-in-law; Vernon Watts, Bud Strahm, Jim Demicell, Rodger Mayden, nephew; Terry Moore, niece; Dody Hicks, and father-in-law; Jim Thompson. Rob is survived by his wife of 46 years, Cindy Hudson, children Cody (Sara) Hudson, Dusty (Jennifer) Hudson, and Chelsa Hudson, and five grandchildren, Lillian, Brynn, Dane, Caysie, and Saige. Sister Joan Strahm, brother George (Gloria) Hudson, Betty Watts, and many nieces and nephews. Funeral services will be held Saturday, March 19, 10:30 A.M., at the First United Methodist Church of Imperial, with Pastor Debra Copple officiating. Inurnment will follow at Mount Hope Cemetery, Imperial, NE. A memorial, In Rob’s memory, has been suggested to the Hudson Family for a future designation. Online condolences may be left at liewrfuneralhome.com LIEWER FUNERAL HOME ENTRUSTED WITH ARRANGEMENTS.

The family of Robert D Hudson created this Life Tributes page to make it easy to share your memories.