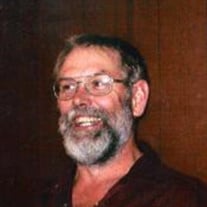 Randy Allen Hudson Randy Allen Hudson died on Thursday, Nov. 21, 2013, in Benkelman. He was born in McCook, Nebraska, on Jan. 17, 1952, to Delmer and Lylas (Norman) Hudson. The oldest of three children, he was raised in Benkelman and attended the local schools. He graduated from Benkelman High School in 1971 and joined the Navy where he served our country for four years. His time in the Navy took him around the world, from the west and east coasts to Spain and Greece, while gathering all the knowledge he could in the art of welding. After returning from his stint in the Navy, he started working for local building contractors for many years mastering his skill as the carpenter contractor he became renowned for. Randy started Hudson Construction in 2004, and found his niche in the town as the go-to-man for anything and everything that needed fixed, tweaked, or finagled. He was well known around the tri-state area for his construction expertise and his willingness to help out anyone in need, no matter the time of day. He was very community minded and was a member of the Knights of Columbus, American Legion, VFW, Chamber of Commerce, Jaycee's, St. Joseph's Catholic Church, Lions Club, and volunteer fire department. Randy never failed to help someone in their time of need. His life will live on, as he chose to be a tissue donor. When Randy wasn't on the job or helping the community, he could be found at his favorite fishing hole with his son-in-law or trapshooting with his girls and extended family. Many evenings he would be down at his shop working on honey-dos for his bride-wife or getting roped into his daughters' projects. Camping trips defined his idea of relaxing with his family, his favorite portion being the early morning boat rides with Sally. Randy was a gentle giant, while many could be intimidated by his imposing figure, deep voice, and gruff exterior, those who were close to him, knew that he was really just a big teddy bear. His soft heart was always apparent on the dance floor, as he thoroughly enjoyed twirling his girls around. Animals, and especially dogs, were always a big part of his life. Four-legged critters always knew they had a friend in Randy, especially his grandpuppy, Honey. He married the love of his life, Sally Hickert, on June 13, 1981, at St. Joseph's Catholic Church in Bird City, Kansas. They made their home in Benkelman, Nebraska, where they lived their entire married life. To this union, two daughters were born, Emily Catherine and Eleanor Marie. Randy always told Sally, "our 'boys' will come later." When Dustin joined the family, he was more than a son-in-law, he became Randy's kid. A wonderful addition was the arrival of their granddaughter, Sara Marie in 2012, a very bright light in Randy's life. Preceding him in death were his parents. Survivors include wife, Sally; daughters, Emily Hudson, Callaway, Nebraska and Eleanor (Dustin) Jahay, Ellinwood, Kansas and granddaughter Sara Marie Jahay; sister, Ronda (Gaylord) Vrbas, Stratton, Nebraska; brother, Rick Hudson; and numerous nieces, nephews, and extended family. Mass of Christian Burial will be Tuesday morning, Nov. 26, 2013, 10:30 a.m. (MT) at St. Joseph's Catholic Church with Father Tom Wiedel Officiating. Interment will follow at the Benkelman Cemetery. A Rosary will be recited Monday evening, Nov. 25, 2013, 6:30 p.m. (MT) at St. Joseph's Catholic Church, Benkelman Visitation will be Monday afternoon, Nov. 25, 2013, 2- 6 p.m. (MT) at St. Joseph's Catholic Church, Benkelman Online condolences can be left at liewerfuneralhome.com A memorial has been established in Randy's memory A life celebration will be following the interment at the American Legion Hall of Benkelman until 6 p.m. (MT). The public is cordially invited. Benkelman Memorial Chapel is in charge of arrangements.

The family of Randy Hudson created this Life Tributes page to make it easy to share your memories.