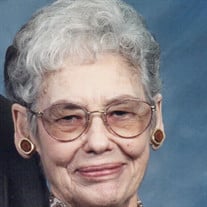 Manota Daniels Manota B. Daniels was born to Harvey and Irene (Moore) Barnhart in St. Francis, Kansas on November 13, 1924. She graduated high school and began teaching in Country Schools and taking classes to receive her teaching certificate. Manota was united in marriage to Clyde Daniels on August 4, 1946 in St. Francis. To this union, 4 children were born: Janice Irene in 1947, Paula Rae in 1953, Byron Clyde in 1958 and Susan Kay in 1960. The couple first settled in Max, Nebraska and Manota taught in Dundy County until they moved to Stratton, Nebraska in 1964. While in Stratton, she taught at the Eden Precinct Country School in Hitchcock County until the school closed in 1971. Manota had a teacher’s heart and would continue to substitute teach in Hitchcock and Dundy Counties. She also drove a school bus for many years and loved working with “young ones.” She was a member of the Methodist Churches in Max and Stratton where she taught Sunday school classes. Manota was active in Cub Scouts and the Veterans of Foreign Wars Auxiliary where she enjoyed taking part in the Buddy Poppy Program. Manota Daniels passed away Monday afternoon, December 7, 2015 at the El Dorado Manor in Trenton, Nebraska. She was 91 years of age. She was preceded in death by her parents, husband, Clyde, daughters, Janice Irene and Susan Kay, and brothers: John, Jim, Jerd and Maurice Barnhart. Survivors include: Daughter, Paula Rae Fraser and husband, Grant of Fairfield, Washington Son, Byron Daniels and wife, Peggy of McCook, Nebraska Sisters: Maceline Olson and husband, Alden of McDonald, Kansas; Willa Scott of Gonzales, Louisiana and Wilma Petsch of Guide Rock, Nebraska. 3 grandchildren: Benton and fiancé, Lacey of Trenton, Nebraska; Cody and wife, Dennise of Kearney, Nebraska and Michaela and husband, Blaine of Benkelman, Nebraska & 1 great-granddaughter, Hadlee. Funeral services will be held 10:30 A.M. (MT), Saturday morning, December 12, 2015 at the Benkelman Community Building in Benkelman, Nebraska with Mr. Richard Stahly officiating. Interment will follow in the Benkelman Cemetery. Visitation will be Friday afternoon, December 11, 2015 from 2:00-6:00 P.M. (MT) at the Benkelman Community Building. A memorial has been established in Manota’s name. Online condolences can be left at liewerfuneralhome.com BENKELMAN MEMORIAL CHAPEL IS ENTRUSTED WITH ARRANGEMENTS

The family of Manota B. Daniels created this Life Tributes page to make it easy to share your memories.

Manota B. Daniels was born to Harvey and Irene...