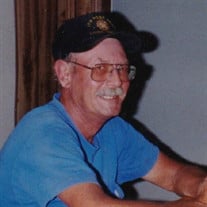 LaRoy Allen Clark was born on June 20, 1948 to Glen Warren and Shirley June (Greeley) Clark in Lewellen, Nebraska. The first born of 3 children. As a youngster, LaRoy attended Lone Star Grade School District #24 and went on to graduate from Chase County High School at Imperial, Nebraska, in 1966. After graduation, LaRoy joined the Marines and served 2 tours of active duty as a sniper in Vietnam, obtaining the rank of Lance Corporal. He was an active Lifetime Member and past Post Commander of the VFW Post #4688, as well as a member of the Fraternal Order of the Eagles #3472 here in Imperial. LaRoy spent his adult life in the Imperial area, working for different employers. As a young man, he worked for Harper’s Mobile Station. He particularly enjoyed harvest times, trucking (both locally and coast-to-coast), and the times he worked at the local elevators and Frenchman Valley Produce. He loved hunting, fishing, boating, and he spent a great deal of his free time improving his marksmanship. LaRoy enjoyed playing pitch, spending times with his family and friends; especially the times he spent with his three grandsons. As any proud grandfather would be found doing, LaRoy would express his pride by telling stories to friends and family, all the while looking forward to their next visit. LaRoy passed away July 14, 2015 at his home in Imperial. He was preceded in death by his parents, his brother Norman, daughter Stacey, and brother-in-law Gordon Weiss. He is survived by his daughters; Brenda, and (husband) Blaine Lancaster; Amy, and (husband) Leighton Wyscaver; Fiancé Terri Newman; sister JoAnn Weiss; sister-in-law Debra Clark; grandsons, Kyle Lancaster, Tucker and Jack Wyscaver; many nieces and nephews (along with their families); other relatives, and a multitude of friends. Graveside Services will be held at 10:00 a.m. on August 6, 2016 at the Mount Hope Cemetery in Imperial, Nebraska. Liewer Funeral Home has been entrusted with the arrangements.

LaRoy Allen Clark was born on June 20, 1948 to Glen Warren and Shirley June (Greeley) Clark in Lewellen, Nebraska. The first born of 3 children. As a youngster, LaRoy attended Lone Star Grade School District #24 and went on to graduate from... View Obituary & Service Information

The family of LaRoy A. Clark created this Life Tributes page to make it easy to share your memories.