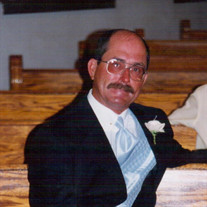 Kirby Dale Kitt was born on February 1, 1953 in Imperial, Nebraska to Theron Dean and Carla Donnaline (Kerns) Kitt. He was brought home to the original Kitt home 7 miles south of Wauneta, Nebraska. Kirby was baptized and confirmed into the Mt. Zion Methodist Church. In high school Kirby excelled in all sports. He was a member of the FFA and high school rodeo. As far as football, basketball and track he set numerous records that still hold today. Anything he attempted as far as academics, sports and rodeo he didn’t just give 100%; he would just kick butt! Kirby graduated from Wauneta High School in 1971 and on a football and track scholarship attended Hutchinson Community College in Hutchinson, Kansas until a shoulder injury caused him to take a term off. Kirby would attend a semester and the University of Nebraska in Lincoln and then transfer to Kearney State College where he walked on the football team as a defensive back and played until he graduated with a Bachelor’s Degree in Biology and Coaching. After school Kirby came back to the family farm where he married Polly Rothwell and to this union Kristi, Theron, Beth and Kallan were born. Kirby enjoyed teaching his kids to fish, hunt, drive and compete in sports. He instilled in them a hard work ethic and laid-back personality. On July 24, 1991 Kirby went to get a haircut and found his wife Mary Ham. They were married on December 21, 2001. They have traveled the dirt roads of Chase and Dundy counties with dogs, cleaned houses and offices, and visited many friends. He enjoyed having Meghan and Nathan in his life, he taught them to be a part of a family, helped with homework and was the best man in Nathan’s wedding. Kirby was a man of gab at times and silent at times. He would give the shirt off his back to help anyone. Grandkids were loved by Kirby. He held, smirked, giggled and protected them. He loved the phone calls about how the track season was progressing and got just as excited watching Tay and Mal as he did his kids. Kirby enjoyed the trips to the farm to see the calves and escapes to the lake to teach them to fish. From watching T.V. with them to giving hugs, these were a few of the things he couldn’t wait to do with them. Questions like “How you doing?” and “How was school?” were the questions he could not wait to ask them. Kirby worked cattle the day before he went to be with the Lord. He passed away on October 6, 2016 and Theo was there to welcome him with open arms. He was 63 years of age. He was preceded in death by his dad, Theron Dean; son, Theron Dale; brother, Randy Kitt and father-in-law, Paul Ham Survivors include: Wife, Mary Kitt of Wauneta, NE Mother, Donnaline Kitt of Wauneta. NE Children and grandchildren: Kristi McNair and husband, Alex; Taylin, Mallie, Bryn and Landree of Imperial, NE; Elizabeth Brown and husband, Ty of Nashville, TN; Kallan Kitt and wife, Lindee; Harper and Dax of Grand Island, NE; Nathan Rauch and wife, Nicole; Sven and Daisy of Germany; Meghan Rauch and Peyton of Lincoln, NE; Tiffany Leisiak and husband, Terry; Christopher, Clara and Cati of Schuyler, NE; Bailey DeVall of Bassett, NE and Hannah Bissonette of Germany Brothers: Larry Kitt and wife, Anita of Parks, NE; Keith Kitt and wife, Dee of Wauneta, NE and Mike and Jerome Kitt of Lincoln, NE Brothers and sister-in-law: Ellen Pothoff and husband, Kirk of Benkelman, NE; Rich Ham and wife, Keri of Benkelman, NE; Donna Hall of Benkelman, NE; Jenny Brandt of New York and Vira Robinson and husband, Brian of Florida. Memorial services will be 10:00 A.M. (MT), Monday morning, October 10, 2016 at the United Methodist Church in Wauneta with Pastor Elias Mukindia officiating and Matt Maxwell sharing special words. A private family inurnment will take place at a later date. No visitation; cremation was chosen. A memorial has been established to the Wauneta Athletic Department. Online condolences can be left at liewerfuneralhome.com LIEWER FUNERAL HOME OF WAUNETA IS ENTRUSTED WITH ARRANGEMENTS

Kirby Dale Kitt was born on February 1, 1953 in Imperial, Nebraska to Theron Dean and Carla Donnaline (Kerns) Kitt. He was brought home to the original Kitt home 7 miles south of Wauneta, Nebraska. Kirby was baptized and confirmed into the... View Obituary & Service Information

The family of Kirby Dale Kitt created this Life Tributes page to make it easy to share your memories.