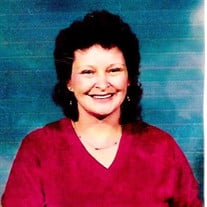 Katherine “Kathy” M. Percifield Kathy was born on August 17th, 1946 to Robert L. and Letha M. “Batten” Bechdolt Sr. in Portland, Indiana. Kathy was an unexpected gift from God, as she was 15 years younger than her brother Bob Jr. Kathy lived in Portland until the age of 15 when she moved with her parents to Colorado Springs, Colorado. At 16 Kathy quit school and joined the workforce. She worked in a pizza place as a waitress. This is where she met her husband Wade Percifield, the two were married in July of 1963 to this union two children were born. Diane in July of 1964 and 11 months later Danny in June of 1965. Kathy adored her children always trying to put them first, something at which she was very accomplished. Kathy worked many jobs over the years, always striving to do the best she could at each one, she was always proud of her work ethic. In 1978 Kathy got her GED and took a year of community college at Pikes Peak Community College in Colorado Springs. By then she was a divorced mother of two teenagers and wanted to show them that you should never give up on your education and that just because you may not have a lot of material things in life you can still enjoy life as long as you are with the people you love. Kathy and her Mother Letha took her children to Toledo, Ohio to live for a year where Kathy worked in a factory, a dear friend Pat Null, called her one day and asked her,” How do you feel about milking cows?” Kathy’s reply was “Why not I haven’t done that before!” So in July of 1981 Kathy moved her family to a farm South of Lamar, Ne where she milked cows for 2 years. Kathy moved to Imperial and went to work at T- Junction store. From there Kathy worked many jobs in the community. She was a secretary for Orthman’s manufacturing and Cannon Tire. She loved being involved with the public and managed the Imperial Eagles club and Champ-Inn cafe and Lounge. Kathy also worked at the Imperial Manor where she made some of her best friends, and at Artistic Woodworking. Kathy moved to Champion, Ne while managing the Champ-Inn cafe, she became a cherished member of the Champion Community Church and looked forward to seeing other members every Sunday. She loved them all and so enjoyed being a Championite. In June of 2004 Kathy suffered a brain aneurysm and was given a less than 50% chance of survival. Being the strong and stubborn woman she was she not only survived, she moved back into her own home a year later where she stayed until February of this year, when she moved to the Imperial Manor, after surgery for Lung Cancer. Kathy passed away on July 17, 2017 at the age of 70 years and 11 months. She was preceded in death by her parents Robert and Letha Bechdolt, brother Robert Bechdolt Jr. nephew David Bechdolt and grandson Nathan Hext. She is survived by daughter Diane and husband Rayburn Bischoff of Imperial, son Danny and wife Rhonda Percifield of Lubbock, Tx. She is also survived by her six grandchildren April Percifield of Cheyenne Wy, Nicole Benson and husband Aaron of Casper Wy, Bryan Bischoff of Imperial Ne, Rachel Bischoff of Imperial Ne, Carley Percifield of Oklahoma City Ok, Crystal McCellan of Vancouver Wa.and sister-in-law Dorothy Bechdolt of Omaha Ne.Kathy will be missed by many loving friends and extended family. Memorial services will be 10:30 A.M. (MT), Saturday morning, August 12, 2017 at the Champion Community Building in Champion, Nebraska with Mr. Kent Swink officiating. Inurnment will immediately follow services in the Crete Cemetery in Rural Champion, Nebraska. No visitation; cremation was chosen. A Memorial has been established to the American Cancer Society in Kathy’s memory. Online condolences may be left at liewerfuneralhome.com LIEWER FUNERAL HOME IS ENTRUSTED WITH ARRANGEMENTS

The family of Katherine "Kathy" Percifield created this Life Tributes page to make it easy to share your memories.