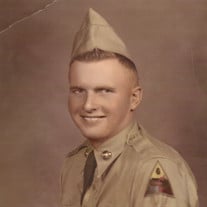 Ivan Ekart Ivan L. Ekart was born August 10, 1932, in Enders, Nebraska, to John Harvey and Opal Clata (Ellsworth) Ekart. Ivan grew up on the Kilpatrick ranch, then later on his current farm north of Imperial. Ivan served in the U.S. Army from February 19, 1953 to February 17, 1955. On July 29, 1956, Ivan married Margaret Louise (Peg) Hansmeier at St. Paul’s Lutheran Church in Ogallala, Nebraska, and to this union two daughters were born: Tami and Keri. The family first settled on a farm eight miles northeast of Imperial and later, in 1974, moved into Imperial, but Ivan continued to farm and raise cattle up to the end of his life. Ivan was an avid rancher. He had a love and understanding of cattle and remembered farming with horses as a boy. Ivan served on the Lone Star School Board for many years and also the Imperial Grade School Board. He also enjoyed carpentry and remodeled the barn on his farm as well as the house in town. Ivan was a content man who provided well for his family and always thought of the other person first. He was a humble and selfless man who will be greatly missed. Ivan passed away Thursday, November 10th, 2016, at the Nebraska Heart Institute in Lincoln. He was 84 years of age. Survivors Include: Wife: Peg of Imperial, NE. Daughters: Tami Ekart of Imperial, NE. Keri Carter and husband Robin of Bird City, KS. 2 Grandchildren: Eric and Eron Kitt. 1 Great-Granddaughter: Olivia Bell Kitt. Brother: Jackie Ekart and wife Dona June of Imperial, NE. Brother-In-Law: Gerry Hansmeier of Ogallala, NE Brother-in-law: Tom Hansmeier (Mary Ann) of Ogallala, NE. Sister-in-law: Pat Engel (Fred) of Grant, NE. Sister-in-law: Mary Sue Borowski (Dan) of Grant, NE Memorial services will be held Monday morning, November 14th, 2016, 11:00 A.M. (Mountain Time) at the Zion Lutheran Church of Imperial, with Pastor David Kahle officiating. Inurnment will follow at Mount Hope Cemetery, Imperial, at a later date with full military honors. No Visitation, Ivan chose cremation. A memorial has been established to the Zion Lutheran Church of Imperial. On line condolences may be left at liewerfuneralhome.com LIEWER FUNERAL HOME ENTRUSTED WITH ARRANGEMENTS

The family of Ivan L Ekart created this Life Tributes page to make it easy to share your memories.