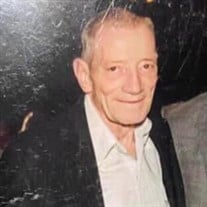 Garry Ray Ketler was born September 6, 1946 in Benkelman, Nebraska to Anne (Seitz) Ketler and Daune Ketler. He graduated from Benkelman High School in 1964 alongside his twin brother, Larry Lee. Later in life Garry married Peggy Crosier in St. Francis, Kansas on January 23, 1983. The couple enjoyed more than 38 years of marriage. Garry held many different jobs over the years, but became interested in Health care and went to school in North Platte, Nebraska to become a medical lab technologist. Garry worked in many different locales as a laboratory technician, but most memorable was his time at Tsali, New Mexico, serving the Hopi and Navajo. He loved telling stories about his Native American friends. They respected Garry and honored him as one of their own. He was proud to be known as “Bad Penny.” Garry retired in 2012 and once again made Benkelman his home. Garry loved music, especially Country/Western music. He played the guitar and sang with friends and family for many decades. He was also known as a trickster and a jokester. He loved making people laugh and would finish a conversation by cracking a joke. Garry and Larry joined the Army right after graduating from high school in 1964. They served together, travelling the world, from Europe to Alaska. Garry past away Friday evening October 8, 2021, at the Imperial Manor Nursing Home, Imperial, NE. He was 75 years of age. Garry is preceded in death by his parents, sister Carol, and twin brother Larry Lee and his wife, Marta. Survivors include his wife, Peggy, of Rainbow Fountain Park, Benkelman; sister Launa Wiese and husband Rod of Benkelman; step-children Helen McSwain (Neal) of Benkelman; Robert Swigert of Benkelman and Tammy Showers of Council Bluffs, Iowa; several grand and great grandchildren, nieces and nephews. Funeral Services will be held Saturday afternoon, October 16, 2021, 2:00 P.M. (Mountain Time) at Benkelman Memorial Chapel, Benkelman, NE, with Rev. Jim Gleason officiating. Inurnment will follow at Ft. McPherson National Cemetery at a later date. No visitation, cremation was chosen following Garry’s wishes. Memorials, in Garry’s memory, have been suggested to the American Legion Post #65, Benkelman, Nebraska. On line condolences may be left at Liewer Funeral Home. Com BENKELMAN MEMORIAL CHAPEL ENTRUSTED WITH ARRANGEMENTS

The family of Garry R Ketler created this Life Tributes page to make it easy to share your memories.