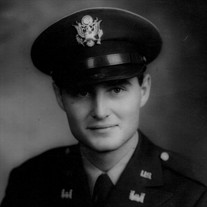 Dr. Eugene F. Rider Eugene Frank Rider was born on September 9th, 1928, to Frank and Maryan (Feese) Rider. As a young man he attended grade school and high school in Wauneta, graduating in 1946. Gene (as he was known) went on to obtain his Bachelor’s Degree from Kearney State College, a Master’s Degree from Colorado State University in Greeley. CO, and his Doctorate from Denver University, Denver, CO. He entered the U.S. Army during the Korean War in 1952 as a 2nd lieutenant and quickly rose to the rank of 1st lieutenant. He also served in the reserves where gain the rank of Captain. After his discharge from the service, Gene married Marilyn E. Pflum, on September 11, 1956, in Sterling Colorado. The couple lived in Wauneta briefly, before residing in several communities including Wheatland, Worland, WY, and McCook, NE, as they followed Gene’s teaching career. Gene was a history teacher at the McCook Junior High School for many years, until moving to Wauneta in his retirement. Gene loved to garden, work in his yard, plant trees, and to write. He enjoyed taking his dog, Tess, to the Sunrise Heights Nursing Home in Wauneta, every day, to entertain residents with her tricks. Gene took great pride in decorating their yard with extensive Christmas displays during the holiday season for the public to enjoy, a tradition he carried on of his parents many years before. Gene passed away early Sunday morning, November 1, 2015, at the Chase County Hospital in Imperial, NE. He was 87 years of age. Survivors Include: Wife: Marilyn Rider of Wauneta, NE Son: Kenneth Rider of Ponca, NE Daughter: Kimberly Rider, of McCook, NE Sister-In-Law: Marcia Rider of Imperial, NE Gene was preceded in death by his beloved parents, and brother, Kenneth Rider of Imperial. Graveside services will be held Thursday morning, November 5th, 2015, 11:00 A.M. (MT) the Riverside Cemetery, Wauneta, NE, with Fr. Lothar Gilde officiating. Visitation will be held Wednesday afternoon, November 4th, 2015, 2:00 P.M. – 6:00 P.M. (MT) at the funeral home in Wauneta, NE. A memorial has been established to the McCook Nebraska Humane Society. On line condolences can be left at liewerfuneralhome.com LIEWER FUNERAL HOME OF WAUNETA ENTRUSTED WITH ARRANGEMENTS

Dr. Eugene F. Rider Eugene Frank Rider was born on September 9th, 1928, to Frank and Maryan (Feese) Rider. As a young man he attended grade school and high school in Wauneta, graduating in 1946. Gene (as he was known) went on to obtain his... View Obituary & Service Information

The family of Dr. Eugene F Rider created this Life Tributes page to make it easy to share your memories.