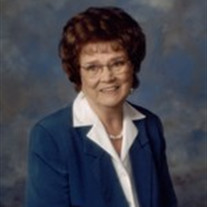 DOROTHY IRENE DESELMS Dorothy Irene DeSelms, daughter of Andrew and Alma Banks was born in Chase County, Nebraska, on May 22, 1921. After 88 years of spreading joy and laughter, she passed away in the comfort of her daughter’s home in Greenwood, IN, on October 30, 2009. A woman of great accomplishment, especially for the time in which she lived, she attended Chase County Schools graduating from high school in 1938. Dorothy received training in education, then called Normal Training, during her senior year of high school. After graduation she began a 15 year long teaching career within Chase County. On May 22, 1940, Dorothy married her high school sweetheart, Marvin DeSelms. They resided on their farm south of Lamar, Nebraska. She managed the farm with the help of family since Marvin’s passing in 1969. She is survived by her younger sister, Bonnie Spahn of Omaha, Nebraska; her daughter Julie Barkley and her husband Danny, of Greenwood, Indiana; her son Kelly and his wife Julia of Lincoln, Nebraska; her grandchildren by Julie – Tancy Holmes and Jalana Commerford of Phoenix, Arizona, and by Kelly – Janae, Krista, and Derek DeSelms of Lincoln, Nebraska; and three great-grandchildren, Madison, Hannah and Jeffrey Holmes of Arizona. Her Brothers Donald and Herman Banks, Husband Marvin preceded her in death. Dorothy was a devoted wife and mother, grandmother, great-grandmother and private person. Her family was the center of her life. She was loved and admired by a number of relatives and a host of friends. She will be missed by all who knew her and loved her. A Memorial service will be held November 4, 2009, at 1:00 p.m. at the Liewer Funeral Home, 841 Court Street, Imperial, Nebraska 69033. Visitation will be Tuesday from 4:00 p.m. to 8:00 p.m. at the funeral home. Interment will be at Green Lawn Cemetery, Lamar, Nebraska. Memorial Contributions may be made to the Leukemia and Lymphoma Society, 10832 Old Mill Road, Suite 2, Omaha, NE 68154. LIEWER FUNERAL HOME IN CHARGE OF ARRANGEMENTS

DOROTHY IRENE DESELMS Dorothy Irene DeSelms, daughter of Andrew and Alma Banks was born in Chase County, Nebraska, on May 22, 1921. After 88 years of spreading joy and laughter, she passed away in the comfort of her daughter&#8217;s home... View Obituary & Service Information

The family of Dorothy Irene DeSelms created this Life Tributes page to make it easy to share your memories.