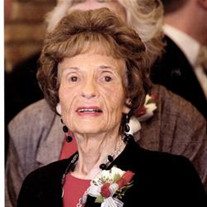 DORIS BALDWIN Doris (Spady) Baldwin was born December 19, 1933, at her grandmother Kelly’s home in Imperial, Nebraska, to Clarence (Bruz) and Nelda (Kelly) Spady. She grew up on farm and country living and she went through 8th grade school in one-room rural school houses. Her high school years were spent at Chase County High in Imperial, Nebraska. She graduated in 1952 with a teaching permit and taught in a one-room school south of Champion, Nebraska. On August 16, 1953, Doris married Ray Harmon Baldwin and they moved on to his grandparents’, Frank and Nora Baldwin’s ranch. Doris taught school at Lone Star School. When her husband was drafted in to the US Army, she lived with him in his 2nd 8 weeks training. Ray was transferred to Leominster, Massachusetts, and a short tour in upper state New York. During this time, they took many short trips to see all the sites. Doris’ most favorite was the ocean. Every chance she got to see the ocean was where she wanted to go. After two years in the Army, it was back to Imperial, but the ranch had been sold, so after a short time, they moved to Sterling, Colorado, where they lived for 13 years. During this time, 3 children were adopted: Michael Ray, Douglas Dee and Denise Kay. All were baptized into the Methodist Church. In June of 1972, Doris and the family moved to Arvada, Colorado. After the children were in high school, she went to work outside the home. Doris gained employment at Mountain Bell and when AT&T and Mountain Bell were separated, she went with Mountain Bell. After US West purchased Mountain Bell, she retired in 1995. In 1996, Doris and Ray moved to Hudson, Colorado, and built a new home. Doris loved to cook and have family in and always had all the holiday dinners. She liked to knit and made afghans for nearly all the babies she had contact with. About all her friends and relatives have an afghan made by Doris. Fishing was a passion of hers. She dearly loved to catch the most and the biggest fish. She did a lot of embroidery work on pillow cases and dish towels to give away to friends and relatives. She did a lot of cake decorating until her hand gave out and she just couldn’t do it anymore. Doris passed away Monday morning, May 19, 2014, at her home in Hudson, Colorado. She was 80 years of age. Survivors Include: Husband: Ray of Hudson, CO. Son: Michael and wife, Dawnene, of Thornton, CO. Son: Douglas and wife, Deena, of Frederick, CO. Daughter: Denise Bunn, of Arvada, CO. 4 grandchildren: Amber Reese and husband Bobby; David Baldwin; Nash Baldwin and wife,Jacie, and Dori (Baldwin) Jacobs and husband Parker. 4 Great-Grandchildren: Haleigh Baldwin; Hazelee Baldwin; Chloe Reese; Taylor Reese. Brothers: Darwin Spady of Lincoln, NE. Dennis Spady and wife, Celia, of Champion, NE. Deloyce (Pete) Spady and wife, Becky, of Imperial, NE. Funeral Services for Doris Baldwin will be held Friday afternoon, May 23, 2014, 2:00 P.M. at the United Methodist Church of Imperial, Nebraska, with Lay-minister Melody Newman officiating. Interment will follow at Mt. Hope Cemetery, Imperial, Nebraska. Visitation will be held Thursday afternoon, May 22, 2014, 2:00 P.M. – 6:00 P.M. at the funeral home in Imperial. A memorial has been established in Doris’ memory. Colorado memorial services will be held Thursday afternoon, June 5, 2014, 1:00 p.m., at Zion Congregational Church, 401 South 27th Ave., Brighton, Colorado, with Rev. Jerry Stark officiating. On line condolences may be left at liewerfuneralhome.com LIEWER FUNERAL HOME IN CHARGE OF ARRANGEMENTS

DORIS BALDWIN Doris (Spady) Baldwin was born December 19, 1933, at her grandmother Kelly&#8217;s home in Imperial, Nebraska, to Clarence (Bruz) and Nelda (Kelly) Spady. She grew up on farm and country living and she went through 8th grade... View Obituary & Service Information

The family of Doris Baldwin created this Life Tributes page to make it easy to share your memories.