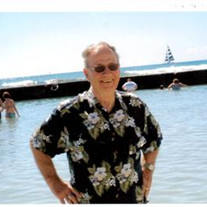 Donald E. Monasmith Donald Eugene Monasmith was born on August 10, 1933, to Ruth (Pribbeno) and Marion Monasmith in Haxtun, Colorado. His family lived in the Lamar Community until the fall of 1947 when a tornado hit and the family relocated to the Crete community southwest of Champion. Don began his high school education at Concordia in Seward, Nebraska, and then transferred to Chase County High and graduated with class of 1951. He then went to McCook Jr. College and played football for one year. He was then called to serve our country and was stationed at Ft. Leonard Wood, MO. He was honorably discharged as a Master Sergeant in 1955. Don married Yvonne Johnson on August 8, 1954, in Ft. Morgan, CO, and to this union six children were born. Don graduated from Colorado State University in the summer of 1959 with a Bachelor of Science degree in Agriculture Education. His first teaching job was in Silma, CO, from 1959-1961. He moved his family to Burlington, CO, where he taught agriculture education for 11 years. Don then became a Farm Bureau Insurance agent and remained an insurance agent for State Farm and then AAL/Thrivent until his retirement in 1994. On February 3, 1990, he married Amy Bonner in Imperial, NE, and her four children were added to his family. Don and Amy made their home in Chase County. Don was an accomplished musician. He sang at many weddings and events until he lost his hearing. He endured a cochlear implant in 2012. He loved following his grandchildren’s events. He had a passion for agriculture and gardening which he engaged in until his passing. He also loved the Nebraska Cornhuskers and the Colorado Rockies. He was an avid sports fan. His sons gave him some of his proudest moments on the wrestling mat and baseball field. Don never knew a stranger. He was proud to be associated after retirement with Chase County Schools as a substitute teacher and at last he learned to text. Don was a member of the Imperial Lion’s Club and the Wauneta American Legion. Don passed away Tuesday morning, May 6th, 2014, at the Perkins County Hospital, in Grant, NE. He was 80 years of age. Don was preceded in death by his parents and brother-in-law Dean McCoy. Survivors include: Wife: Amy of Imperial, NE. Son: Daryl of Wray, CO. Daughter: Lanette Ehresman and husband Tom of Salem, OR. Son: Bryce and wife Kendra of Akron, CO. Daughter: Daneen Jostes and husband Kent of Akron, CO. Son: Devin and wife Linda of Denver, CO. Son: Byron of Tokyo, Japan. Step-children: Dick Bonner of Imperial, NE, Cathy Rowley of Imperial, NE, LaDonna Welch and husband Jon of Champion, NE, Dale Bonner of Omaha, NE. Grandchildren: Dillan, Jacy, Mark, Marissa, Kendall, Alissa, Phillip, Danika, Maura, Colton, Jamie, and Lindsay. Step-grandchildren: Holly, Ty, Kelly, Tracy, Angie, Mike, Jeremy, Devon, Jessica, Melissa, and Erica. 20 Great-grandchildren. Sister: Joan Mathews and Husband, Boyd, of Imperial, NE Sister: Fern McCoy, Arapahoe, NE Brother: John Monasmith, of Wauneta, NE Funeral Services for Donald Monasmith were held Monday morning, May 12th, 2014, 10:30 A.M. at the Zion Lutheran Church of Imperial, with Pastor David Kahle officiating. An inurnment service will be held, Saturday morning, July 12th, 2014, 10:00 A.M. (MT) at the Lamar Cemetery, rural Lamar, NE., with Pastor Keith Wellman officiating. Visitation was held Sunday afternoon, May 11, 2014, 2:00 P.M. – 6:00 P.M.at the funeral home in Imperial. Memorials have been established to the Senior Centers of Imperial, and Wauneta, NE. On line condolences can be left at liewerfuneralhome.com

Donald E. Monasmith Donald Eugene Monasmith was born on August 10, 1933, to Ruth (Pribbeno) and Marion Monasmith in Haxtun, Colorado. His family lived in the Lamar Community until the fall of 1947 when a tornado hit and the family relocated... View Obituary & Service Information

The family of Donald E Monasmith created this Life Tributes page to make it easy to share your memories.