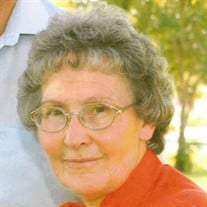 Delsa Harmon God brought Delsa Harmon into this world August 19, 1933, at the family home of Jack and Lecil Montgomery in Dundy County, NE. Delsa completed grade school and graduated from high school in 1949 in Curtis, NE. She then continued her education in normal training to begin a teaching career. Delsa taught grade schools for three years and then married her sweetheart, Martin Harmon, on July 23, 1953. A month later she very thankfully accepted Jesus Christ as her personal savior with sincere repentance of sin and complete trust in Jesus for eternal life in heaven. She did this at a Baptist church while Martin was in the Air Force in San Antonio, TX. Their son David was born at a military hospital in San Antonio on February 20, 1956. Delsa, Martin and son David returned to the Harmon family farm in April of 1956, located in southwest Chase County, NE, after completing Martin’s military service. They farmed for four years. At that time Martin accepted the call of God into the ministry. For the next 23 years, Martin pastured in growing independent churches in Nebraska, California and Wyoming. Upon completing their ministry, the couple returned to Imperial, NE, where their son David and his family were living. Here they greatly enjoyed being with the family circle which included David and Deb’s children, Jasey and Brett Harmon. Delsa and Martin took their grandchildren on many camping trips which was a source of great joy. Delsa helped Martin for many years as he held Sunday morning worship services at the Imperial nursing home. Delsa passed away Tuesday morning, June 2, 2020, at the Great Plains Health Hospital in North Platte. She was 86 years of age. Delsa was preceded in death by her parents; sister Velda; and brother Neil. Survivors Include: Husband: Martin Harmon of Imperial, NE Son Dave Harmon and wife, Deb, of Imperial, NE 2 Grandchildren: Brett Harmon and fiancée, Cindy Aviles, of Imperial, NE Jasey Geary and husband, Josh, of Imperial, NE 4 Great-Grandchildren: Trey, Carter, Jett and Adrin Sister: Jan Margheim and husband, Larry, of Stegall, NE Funeral Services for Delsa will be held Monday morning, June 8th, 2020, 10:30 A.M. at the Champion Community Building, Champion, NE with Robert Harmon officiating. Interment will follow at Crete Cemetery, rural Champion. No Visitation, as per Delsa’s wishes. A memorial has been suggested to the Chase County Community Hospital Foundation. On line condolences may be left at Liewer Funeral Home.com LIEWER FUNERAL HOM ENTRUSTED WITH ARRANGEMENTS

Delsa Harmon God brought Delsa Harmon into this world August 19, 1933, at the family home of Jack and Lecil Montgomery in Dundy County, NE. Delsa completed grade school and graduated from high school in 1949 in Curtis, NE. She then continued... View Obituary & Service Information

The family of Delsa L Harmon created this Life Tributes page to make it easy to share your memories.