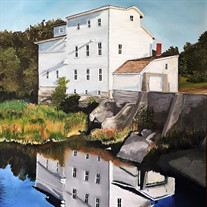 George Burton Beard, 73, lifelong resident of rural Champion, passed away Thursday, March 23, 2017, at the Chase County Community Hospital in Imperial. Burton was born March 21, 1944 to Leo and Lois (Getzendanner) Beard in Imperial, Nebraska. He lived on the corner southwest of Champion with his parents until the age of nine. At that time, they moved to the family farm west of Champion. Burton attended Champion Grade school through 8th grade and went on to graduate from Chase County High School in 1962. He attended McCook Community College and then returned to the family farm. On June 7, 1970, Burton and Vickie (Bernard) were united in marriage under the two walnut trees in his mom and dad’s front yard. To this union, two children, Charles and Patricia were born. Up until his death, Burton continued to farm and ranch and was very involved in the Champion and Chase County communities. Burton was a Charter Member of the Fraternal Order of Eagles #3274 and was one of their first presidents. He, along with other Eagle members, started the Eagle’s booth at the Chase County Fair, beginning by barbequing the beef in a pit in the early years. He worked for many years at the stand and had a lot of fun doing it. He served on the Chase County Community Hospital board for 20 years. During that time, he became Chairman of the board and was involved with recruiting several administrators and doctors to the hospital. He enjoyed being on the board and working with the people. Burton volunteered many hours to the Champion community and was always there to help with community events or lend a helping hand to others in the community. When the State turned the mill and park area over to Chase County, Burton was one of five people chosen to serve on the Champion Mill Board. He enjoyed giving tours of the Champion Mill and telling the history of it to visitors. He also served on the Champion Community Center board. When Colleen Williams was doing the series on small towns in Nebraska, he was the spokesperson for the Coffee Club at the Center. Burton was a people person and never met a stranger. He would strike up a conversation with someone, anywhere, any time. He had a quick smile, big laugh and great sense of humor. His friends, family and newfound acquaintances were often on the receiving end of his quick wit. One of Burton’s favorite past times was visiting with friends at his numerous coffee groups and he will be greatly missed by them. Burton was preceded in death by his parents, Leo and Lois (Getzendanner) Beard and his parents-in-law Howard and Farris (Davison) Bernard. Survivors include his wife, Vickie of rural Champion. His children, Charley of rural Champion and daughter Patricia Beard and her two sons Garrett and Grant of Hastings, Nebraska, and sister-in-law Elaine Nelson and husband Craig of Hayes Center, Nebraska. Funeral services for Burton Beard will be 11:00 A.M. (MT), Wednesday, March 29, 2017 at the Champion Community Building in Champion, Nebraska with Pastor Robby Clay and Mr. Kent Swing officiating. Interment will follow services at Lakeview Cemetery in Rural Champion. Visitation will be Tuesday afternoon, March 28, 2017 from 2:00-6:00 P.M. (MT) at the funeral home in Imperial. A memorial has been established in Burton’s Memory. Online condolences can be left at liewerfuneralhome.com LIEWER FUNERAL HOME IS ENTRUSTED WITH ARRANGEMENTS

The family of Burton Beard created this Life Tributes page to make it easy to share your memories.