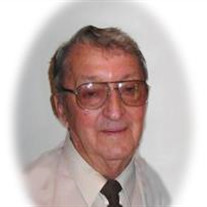 Keith Gage Billy Keith Gage was born May 11, 1936, to Lyle and Ilo (Housman) Gage on a ranch on the Blackwood Creek north of Palisade, Nebraska. The family moved to Wauneta, Nebraska, from Palisade in 1940. Keith attended Wauneta Public Schools and graduated in 1953. On December 18, 1955, Keith married the love of his life, Mary Etta Moody, at the Wauneta United Methodist Church. Keith and Mary made their home on the farm north of Wauneta in the Spring Creek Valley and the Hamlet areas. Keith and Mary enjoyed the next four decades together on the family farm raising a family and making a lifetime of memories. Keith enjoyed all aspects of farming and ranching, the closeness of neighbors, and the time he and Mary spent together. Keith enjoyed working with young people and spent many happy years coaching A and B team baseball as well as being scoutmaster of the Hamlet Boy Scout Troop. The boys that Keith coached and mentored in baseball and scouting held a special place in his heart for the rest of his life. Keith loved hunting and fishing and instilled his skills and sportsmanship in his sons and nephews. Keith also enjoyed woodworking and restoring antique furniture. He and Mary spent many hours creating future heirlooms for their children and grandchildren in their spare time. In 1998, Keith and Mary retired to the small town life in Wauneta spending their time together in leisure. In December of 2015, Keith and Mary celebrated 60 years of marriage with their friends and families in Wauneta. “Grandpa Keith” will be lovingly missed by his wife Mary, his daughter Jerlyn (Jon) Hohnholt of North Platte, daughter-in-law Cyndy Gage and son Jim (Cindy) Gage of Longmont, CO, daughter, Cherie (Chris) Wallace of McCook, and son Mike (Julie) Gage of North Platte, brothers Norman (Mary) Gage of Ellisville, Mississippi, Rodger (Colleen) Gage of Kearney, NE, sister-in-laws Barbara Gage of Yukon, Oklahoma, Ellen Moody of Tucson, AZ, 12 grandchildren and 6 great-grandchildren. Keith was preceded in death by his parents, his mother and father-in-law, a brother, Leigh Gage, brother-in-law, Ronnie Moody, and a son, Bob Gage. Keith passed away Monday, August 22nd, 2016, at the Good Samaritan Hospital in Kearney, Nebraska. He was 80 years of age. Funeral Services will be held Friday afternoon, August 26, 2016, 2:00 P.M. at the United Methodist Church of Wauneta, with Pastor Elias Mukindia officiating. Interment will follow at the Riverside Cemetery, Wauneta, NE. Visitation will be held Thursday afternoon, August 25, 2016, 2:00-6:00 P.M. at the funeral home in Wauneta. A memorial has been established to the United Methodist Church of Wauneta, NE. Online condolences may be left at liewerfuneralhome.com LIEWER FUNERAL HOME ENTRUSTED WITH ARRANGEMENTS

Keith Gage Billy Keith Gage was born May 11, 1936, to Lyle and Ilo (Housman) Gage on a ranch on the Blackwood Creek north of Palisade, Nebraska. The family moved to Wauneta, Nebraska, from Palisade in 1940. Keith attended Wauneta Public... View Obituary & Service Information

The family of Billy "Keith" Gage created this Life Tributes page to make it easy to share your memories.