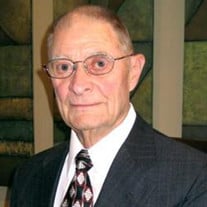 Arthur H. Creveling Arthur Harry Creveling was born May 10, 1930, to Arthur L. (Boots) and Maye E. (Newman) Creveling, at Chase, Nebraska. As a young man he grew up and attended school in Imperial and California, graduating from Chase County High School in 1948. In 1949 he married Elizabethe I. Leach in Imperial, and to this union two children were born, Cynthia and Dick. Art and Liz settled in Imperial, where Art was initially involved in irrigated farming. He then became involved in home construction and cabinet making (Creveling Construction), before receiving additional education at McCook Community College in 1967 and San Francisco College of Mortuary Science in 1968. Art and Liz purchased the Luhrs and Reynolds Funeral Home of Imperial, Nebraska, in 1968 and later the Brunkhorst Funeral Home of Wauneta, Nebraska, in 1976. They owned and operated the local funeral homes until 1992. The couple remained in Imperial until moving to Lexington, Nebraska, to be near their daughter, Cynthia. The couple returned to Imperial in 2012. Art was very active in the community being a member of the Plainsman Rifle and Pistol Club, Rotary, The Imperial Chamber of Commerce, The Imperial JC’S, The Imperial Eagles, Elks, The Frenchman Stock Car Racing Club, and the United Methodist Church. He was also active in the Nebraska Funeral Directors Association, and the National Rifle Association. Art had many hobbies including wood working, cabinet making, target shooting, and he especially loved to hunt and fish. Art passed away Saturday morning, January 31, 2015, in hospice care in Imperial. He was 84 years of age. Art was preceded in death by his parent, Boots and Maye, and Son; Dick in 1986. Survivors Include: Wife: Elizabethe of Imperial, Ne Daughter: Cynthia Norman and husband, Don, of Lexington, NE Grandsons: Donivan Norman of Lincoln, NE Adam Creveling-Johnson, of Broomfield, CO Sister-In-Law: Joanne Grantham and husband, Lyle, of Greeley, CO Brother-In-Law: Donnie Leach of Hobbs, NM. Sister-In-Law: Janette Rivers of Imperial, NE Memorial services will be held Tuesday morning, February 3rd, 2015, 11:00 A.M. (MT) at the United Methodist Church of Imperial, with Lay-Pastor; Melody Newman officiating. Inurnment will follow at a later date. No visitation, Art chose cremation. In Lieu of flowers a memorial has been established to donor’s choice. Online condolence can be left at liewerfuneralhome.com LIEWER FUNERAL HOME ENTRUSTED WITH ARRANGEMENTS

Arthur H. Creveling Arthur Harry Creveling was born May 10, 1930, to Arthur L. (Boots) and Maye E. (Newman) Creveling, at Chase, Nebraska. As a young man he grew up and attended school in Imperial and California, graduating from Chase County... View Obituary & Service Information

The family of Arthur H Creveling created this Life Tributes page to make it easy to share your memories.