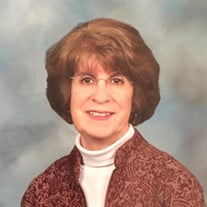 Alice Jean (Curtis) Lindekugel of Imperial, formally Hayes Center, died April 18, 2016 at the imperial Manor Nursing Homes. She was 74 years of age. Alice was born October 25, 1941 to Henry and Edna (Crouse) Curtis in Imperial, the youngest of 9 children. Alice was a 1959 graduate of Chase County High School where she participated in band, chorus and cheerleading. She received an Associate degree in Criminal Justice from McCook Community College. Alice married Ray Lindekugel on June 21, 1959. They farmed in Frontier and Hayes County for more than 36 years before moving to Imperial in 1995. Alice was the Editor of the Hayes Center Times Republican for ten years before becoming the Clerk Magistrate of Hayes County for seven years and Chase County for thirteen years. Alice was passionate about her recent work as a United Methodist Church Certified Lay Minister where she touched many lives and also volunteered at the Food Pantry. Most of all, she enjoyed spending time with family and friends. She loved cooking and made sure her granddaughters attended her “pie camp” so they could continue on the tradition of making her delicious pies. All of the grandchildren loved spending time during their summers with her and Ray. Alice was proceeded in death by her parents, son Jeff and grandson Levi Lindekugel, brothers Vernon, Bobby, and Jim and sisters Bernice Adkinson and Marilyn Bartels. Alice is survived by her husband, Ray Lindekugel of Imperial, son, John Lindekugel and wife, Gail of Gretna, and daughter, Julie Nelson and husband, Dennis of Lincoln. Grandchildren: Schyler Sullivan and husband, Danny, Kealan and Tristan Lindekugel, Travis, Trina, and Troy Nelson. She is also survived by sisters: June Sharp and husband, Bill of Imperial, Gwen Vogler and husband, Larry of Colorado Springs, CO, brother Guy Curtis and wife, Ruth of Fort Collins, CO, sister-in-law Dorothy Curtis of Arvada, CO, and brother-in-law Robert Bartels of Imperial along with a large extended family of nieces and nephews. Alice’s faith in Jesus was strong and she made her favorite verse, John: 8-12, a family principle. She wanted most to be remembered for her love of God and family. Funeral Services will be at 10:30 A.M. (Mountain Time) on Friday Morning, April 22, 2016 at the First United Methodist Church of Imperial with Pastors Dirk Weiss and Melody Newman officiating. Graveside Services will be at 3:00 P.M. (Central Time) on Friday Afternoon at Hayes Center Cemetery in Hayes Center, Nebraska with Pastors Dirk Weiss and Jean Miller officiating. No visitation; it was Alice’s wish that there be no public viewing. Memorials have been established to the First United Methodist Church of Imperial, the Union Congregational Church of Hayes Center and St. Jude’s Research Hospital. Online condolences can be left at liewerfuneralhome.com LIEWER FUNERAL HOME IS ENTRUSTED WITH ARRANGEMENTS

The family of Alice Jean Lindekugel created this Life Tributes page to make it easy to share your memories.