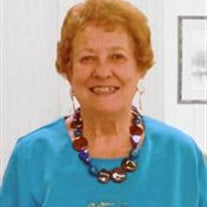 Alice Ruth (Cummins) Clements was born on August 28, 1927 in Ord, Nebraska to Austin Cummins and Beuna Comer Cummins from Big Springs, Nebraska. Alice was born at her grandparents’ home on a Sunday and the minister wanted to know why that baby was interfering with his church meeting. Alice’s mother died when Alice was 10 years old. Dorothy, the older sister lived with her grandparents in North Loup and Alice lived with the Aufrechts, the Palsers, and the Comers before coming to Imperial to live with Les and Gladys Smith. Gladys was a second cousin. Alice graduated from Chase County High School in 1945. She taught country school for 3 years and during the summer she worked at an insurance office in Denver, Colorado. Frank Clements and Alice Cummins were married November 23, 1948 in Imperial, Nebraska. Three children were born, Linda, Scott and Diane. The family participated in 4-H, Little Britches, and High School Rodeos. Frank farmed, shod horses and had race horses. When Diane was a week old they took her to Brush, Colorado to the horse races. They made many friends and had family time together. Through the years Alice worked at J.C. Penney, Rouze Hardware, and the Eagles. She was a waitress at the Imperial Sale Barn for over 40 years. She enjoyed square dancing, having coffee with friends and all social events. She loved people! Frank and Alice were honored as the Grand Marshals of the Chase County Fair in 2009. She was preceded in death by her father Austin Cummins, her mother Beuna, her stepmother LaVeda and sister Lois Ann. She is survived by Frank, her husband of 65 years; her children Linda Cummings (David) of Princeton, Louisiana, Scott Clements (Linda) of Imperial, and Diane Cart (Dale) of Binger, Oklahoma, 5 grandchildren, and 12 great-grandchildren. She is survived by three sisters Dorothy Mullen of New York, Janice Krause (Bob) of Denver, Colorado, and Corrine Johnson (Gary) of Colorado Springs, Colorado and many, many friends. Funeral Services for Alice Clements will be held Monday morning, December 23, 2013, 10:00 A.M.(MT) at the United Methodist Church of Imperial, with Pastor Valera Heydenberk officiating. Interment will follow at Mount Hope Cemetery, Imperial. Visitation will be held Sunday afternoon, December 22, 2013, 2:00 P.M. – 6:00 P.M. (MT) at the funeral home in Imperial. A memorial has been established to the United Methodist Church of Imperial Online condolences can be left at liewefuneralhome.com LIEWER FUNERAL HOME IN CHARGE OF ARRANGEMENTS

Alice Ruth (Cummins) Clements was born on August 28, 1927 in Ord, Nebraska to Austin Cummins and Beuna Comer Cummins from Big Springs, Nebraska. Alice was born at her grandparents&#8217; home on a Sunday and the minister wanted to know why... View Obituary & Service Information

The family of Alice Ruth Clements created this Life Tributes page to make it easy to share your memories.